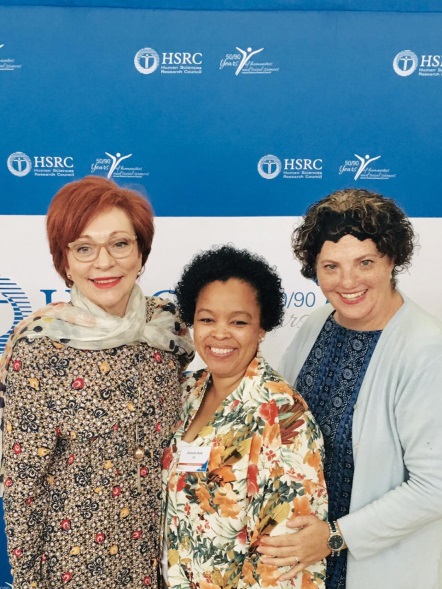 On 27 March 2019, three members of the Common Good First (CGF) consortium in South Africa,  Dr. Deidre van Rooyen from University of Free State, Mrs. Adelaide Sheik from University of Johannesburg and Mrs. Bibi Bouwman from North-West University, joined the Department of Science and Technology (DST) and the Human Sciences Research Council (HSRC) in a workshop discussing ‘Measuring what counts : how sustainable are our research tools and indicators for promoting innovation for inclusive and sustainable development?’ at the Mpumuza Traditional Court in Sweetwaters, Kwazulu Natal.

Our hosts were DST and HSRC’s Technology and Innovation Indicators and Research and Impact Assessment programme. The meeting was set in a hilly South African rural village with winding roads, huts and wandering domestic animals on a rainy day. Various stakeholders were present that included research fellows, universities, their sponsors and teams and most importantly NGOs, NPOs, local leadership and community partners.

The topic of the workshop was based on the following question: Do we have the tools required to develop new and more suitable frameworks, definitions and instruments? The objectives for discussion were set as follows:

1. To stimulate debate around the suitability of current frameworks, definitions, measures and indicators of innovation, in light of the objectives of the Sustainable Development Goals (SDGs) and the National Development Plan(NDP),

2. To discuss and debate the value of novel (participatory) methodologies enabled by new digital technologies,

3. To discuss and debate the value of participatory methodologies for meeting key goals of the draft new White Paper on Science, Technology and Innovation, particularly improved knowledge diffusion, monitoring and evaluation and service delivery,

4. To provide a platform for community members and leaders, informal business owners, NGOs and other community-based actors to engage with the researchers and policymakers and also informally launch of a sector survey with the team members from local community being introduced to all local stakeholders.

Ms. Adelaide Sheik acted as the chair of the meeting, by presiding over panel discussions.

The first panel discussion opened with Dr. Glenda Kruss, Centre for Science, Technology and Innovation Director (CeSTII) from HSRC and Ms. Nonhlanhla Mkhize, Chief Director: Innovation for Inclusive Development, DST and Prof. Alejandra Boni (Sandra), Deputy Director, Engineer from CSIC-UPV with a representative from local government and the local business forums. The speakers explained the purpose of the project and why it was important to know what is really happening in communities in terms of innovation and business developments and how government was operating in the local province. The acknowledgement of the co-creation of knowledge and how we can contribute to support communities especially via e-government and e-licencing systems and e-trading permits is important, as is how we get community partners onboard. The approach to designing enhanced learning and technology that is inclusive and how this is evaluated is prioritised. The majority of the community members felt that not enough provision was made to accommodate business initiatives and true assistance on the ground was not readily available for entrepreneurs and innovators. The conclusion was that more could be done for local innovators.

The second session was focusing on participatory innovation measurement and statistics and the use digital storytelling for measuring innovation in the informal sector, with Dr’s. Nazeem Mustapha and team from CeSTII, and Anthony Muteti, from Sustainable Livelihoods Foundation, explaining the project that we were involved in in Philippi in the Western Cape. The discussants included two female informal traders from Philippi who participated in the research and their stories were captured using Photovoice and video. There were also various pictures with stories and verse used to capture the contexts, feelings and experiences of community partners. Ms. Grace Dilla, provided us with an uplifting example of how she started her local restaurant in Phillipi via her own story that was captured in a video on YouTube.

In the session where alternative technology applications were featured, we had Dr. Deidre Van Rooyen speak on ‘Digital Storytelling’ on behalf of the Common Good First project, while Mrs. Bibi Bouwman acted as the session facilitator. The presentation was well received and there was a lot of interest from community partners in the audience. We were approached by various external partners asking us about how to become part of the CGF platform in the future. There was a lot of interest from the community partners about the methodology that was used and the CGF team shared the information about the launch in October and we hope to be able to capitalise on this in the months to come – and before Common Good First’s formal launch in October 2019.

Dr Il-haam Petersen and Ms. Xolisa Magawana from CeSTII spoke more about ‘Promoting engagement and the co-production of knowledge through Photovoice’. Discussants were representatives from NGOs and informal businesses who had participated in the research and they confirmed that particularly Photovoice was a creative and useful tool to tell their stories. The CGF team felt that we could extend our platform into this space for monitoring innovation and getting more sustainable participation in the longer term.

Participatory monitoring and evaluation was explained using the ‘Education and emancipation project,’ by Dr Astrid Treffry-Goatley, Centre for Visual Methodologies for Social Change, UKZN. These kinds of methodologies are used by Community Engagement offices and implementers in many South African Universities and the direct link with the South African Higher Education Community Engagement Forum (SAHECEF) was noted. Another very exciting and interesting measuring methodology was presented titled: Improving service delivery through the community scorecard methodology, was which explained by Diana Sanchez Betancourt, HSRC. An explanation of this method can be found here. It was indicated that this method took about 8 weeks to implement. The discussion expanded on how participatory methods facilitate measuring, tracking and improving the delivery of basic services to impoverished areas. It was noted that monitoring and evaluation would strongly be based on participatory methods that could include detailed narratives but also quantitative methods. It was decided that qualitative methodologies including management of open debate, conflicts of power and reflective analysis methods are important in this research contexts.

The CeSTII research project launch and the introduction of a group of trained community members who would implement and drive a research project in the Sweetwaters area was then formally done, before the closure of the event. 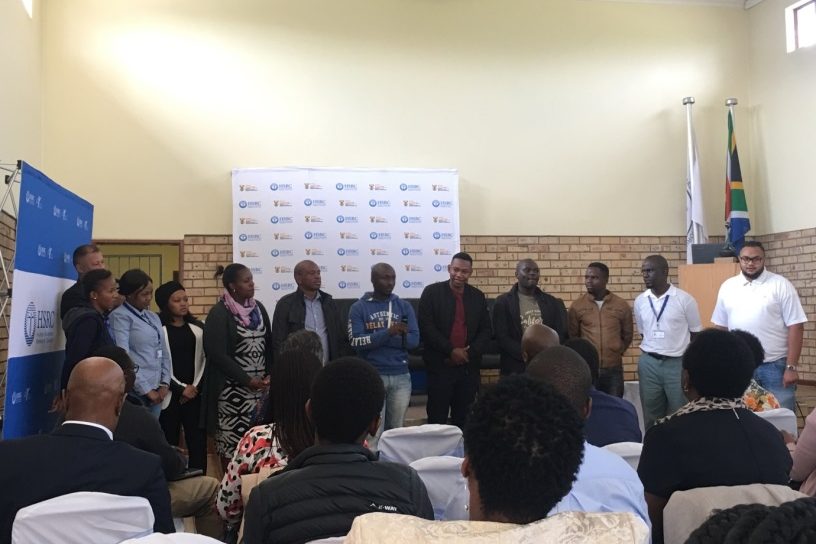 Launch of community based research project in Sweetwaters
Back