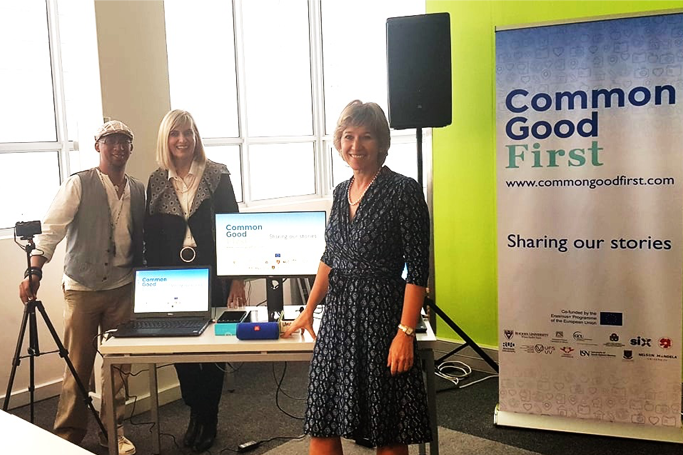 The University of the Western Cape (UWC) is one of 12 international partners participating in the Common Good First (CGF) Digital Storytelling for Social Innovation project. Six partners are from South Africa and six from Europe and all were selected for their relevant knowledge and skills.

One of the aims of the CGF project is to raise and promote the awareness of social innovation in South Africa by gathering stories through the process of digital storytelling (DST) and growing digital literacy. To this end, the project has provided equipment for the establishment of “fixed” and “pop-up” digital labs at the participating Higher Education  institutions, the second of which was launched at UWC on the 24th of April. 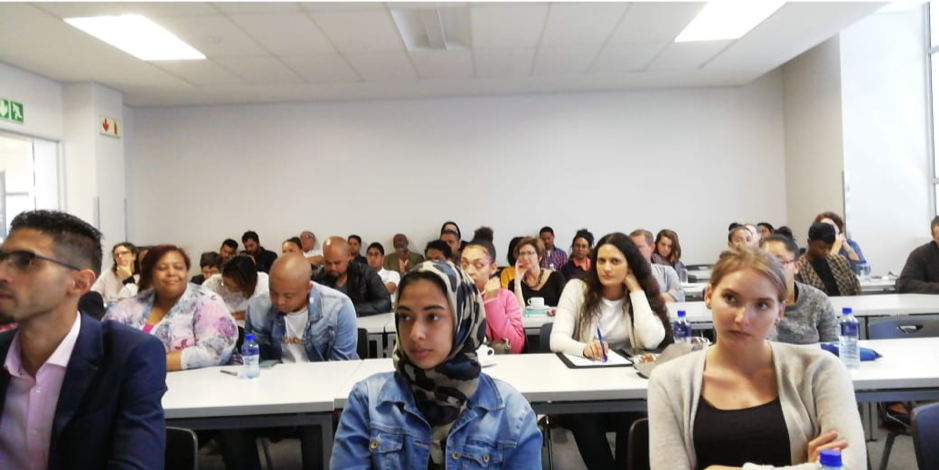 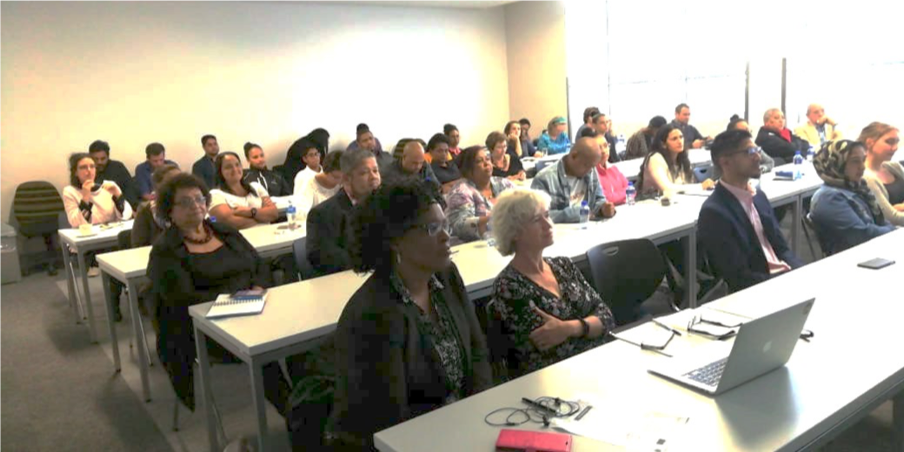 Approximately 40 UWC staff members attended the launch including delegates from some of the partnering universities.

Larry Pokpas, UWC’s Institutional Planner, opened the launch with a very insightful discussion about social innovation.  The presentation sketched the background of the project and showed how the resources will be utilized.

Project partners Bibi Bouwman from North West University and  Joyce Sibeko from the University of Johannesburg contributed to the presentation and gave it a broader context by discussing the socially innovative projects they are involved with. Koni Benson, a lecturer from UWC’s History Department discussed how she uses digital storytelling in her history course. Finally a pamphlet indicating how to use the facility was given to the attendees. 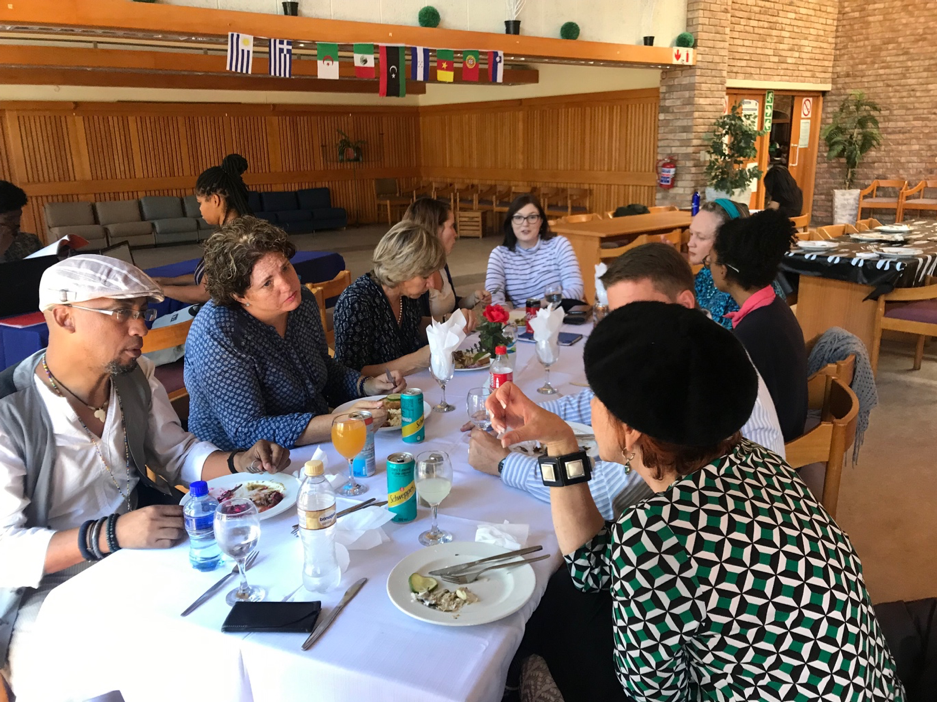 After our launch we chatted to our CFG partners from up-country (NWU, Rhodes and Free State).
Back